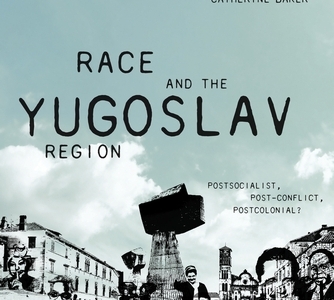 Some years there are a lot of small things, other years there’s one big thing. This was mostly a one-big-thing year.

In press for next year: a spin-off article from material that wouldn’t fit into Race and the Yugoslav Region about female pop-folk celebrity in south-east Europe, which has just been accepted by Feminist Media Studies; a review article for Contemporary European History about recent studies of peacebuilding in Bosnia-Herzegovina and Kosovo; a book chapter for The Palgrave Handbook on Languages and War where I reflect on interviewing ex-peacekeepers and interpreters about their work in Bosnia; and a contribution to a forum in New Perspectives on how postcolonial studies of postsocialism deal with class.

One or two more pieces on the aesthetic politics of popular culture and nationalism might also be ready by the end of 2019, not to mention the edited volume on ‘militarisation’, aesthetics and embodiment I’ve been coordinating this year.